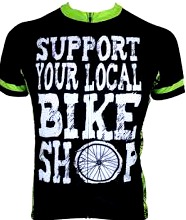 Independent bike shops are an “essential component of the bicycle infrastructure that makes a community bicycle friendly,” according to a March 9 resolution from the League of American Bicyclists.

The show of support for bike dealers was approved by the League board of directors just prior to the organization’s signature event, the annual National Bike Summit, held last week March 10-13, 2015, in Washington, D.C.

This year’s Summit featured an energetic women’s forum, a multitude of sessions focused on infrastructure and equity, and a lobbying day where attendees visited Congressional offices to make the case for bikes and bike safety.

It continues, “Bicycle retailers provide tremendous support to local bicycling events, charity rides, and local organizations and clubs … We believe that local bike shops are an essential component of the bicycle infrastructure that makes a community bike-friendly.”

The resolution also includes specific recommendations for League members, supporters and advocacy groups “to actively support their local bicycle retailers in every way possible. This includes:

The League also offered some tactical advice to bike shops, urging them “to do more to:

The League has 20,000 members, 100,000 supporters, and reaches hundreds of thousands of cyclists through more than 950 affiliated local clubs and advocacy organizations in communities across the country.

The League’s Bicycle Friendly Community program has long endorsed safe and compelling places to ride as a key component in bicycle-friendly communities.

This may be the first time the organization has openly endorsed bike shops and encouraged its members to buy bike parts and related equipment there. Thriving bike shops are increasingly seen by many as a key part of a healthy cycling ecosystem. The League’s statement supports that view.