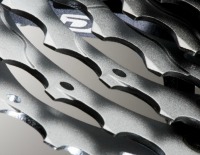 By many measures, Shimano is one of the bicycle industry’s great companies, consistently bringing product innovation and excellence to a willing marketplace.

But from the perspective of many independent bicycle dealers in the U.S., Shimano has become a huge problem, choking the life out of them by supporting distribution that leads to rampant Internet discounting from Europe.

Many say this makes it increasingly difficult for them to carry Shimano products without looking like price-gougers. Distributors face pressures from Shimano’s policies as well as margins are squeezed, with some even developing their own brands to compete. Bike brands also see their products de-valued as original equipment Shimano components sell elsewhere for huge discounts, the same parts on new bicycles being offered at full price.

Many dealers say they are distancing themselves from Shimano, trying hard to support other component makers, and worrying about a future that allows European retailers to sell to American consumers below dealer cost.

At the recent IBD Summit, much discussion centered around on-line competition, MAP policies and distribution impacting bike dealers. While many, including QBP’s Steve Flagg, were reluctant to name specific companies, Shimano was consistently brought up in work groups as a problem for specialty retailers as well as distributors. With some fearing reprisal from a company known for full-contact business strategies, the tone sometimes approached that of the fictitious “he who must not be named” of the Harry Potter series.

The topic has also been discussed at-length on the NBDA on-line dealer forum, with dealers showing a mixture of anger, resignation and frustration with an important industry supplier.

A California retailer recently wrote of a 5800 group available for $382.49 compared to U.S. wholesale pricing of almost $500.

“The worst part was the realization that the system truly is broken,” he wrote. “I get that there is an extra layer of distribution in the U.S. which challenges Shimano USA when they set pricing.  But, at worst, product should leave Europe at slightly above our cost due to the extra expense of selling to consumers.”

From North Carolina:  “Would asking the bicycle brands to start using more SRAM or Sunrace help?  I am just tired of hearing that Shimano is going to fix the problem. I just canceled all of our preseason order. We are going to start ordering many of the replacement parts from the UK and replace the low end with Sunrace when we can. I like our rep but I just don’t like what the company he works for is doing.”

A Kansas dealer wrote, “We are avoiding Shimano like the plague – not buying from Europe either – just not stocking it at all.  What difference in a customer’s mind does it make if I can buy and sell to them lower than MSRP, when it’s still so much more than they can buy for themselves?”

What about the big bike brands? Do they have influence with Shimano?

A Texas dealer wrote, “Here’s the problem. Which bike company wants to bankrupt itself to make a point? You can’t avoid using Shimano components on your bike. You can’t even work on phasing them out, except at the low end, and if you try to do that, Shimano will strike back by making their parts cheaper and thus your competitor’s bikes a better value.”

He continued, “Undoubtedly – pioneers get arrows. Settlers get land. I don’t want anyone to make a point. I want things to change for the good of ALL OF US, online retailers included. A perspective that involves tighter controls on pricing from Shimano might have short term hiccups, but it is not only in the best interest of dealers, online retailers, and brands, it is in the best interest of Shimano. It will result in profit, growth, and investment in cycling.

“I just don’t think the decision-makers at Shimano get it. They don’t feel like they have to get it, so they don’t spend any time thinking about it. I don’t believe Shimano is stupid, I just think they lack perspective.”

From Kansas, “I propose that Shimano does indeed get it, and the ‘problems’ we perceive are neither accidental nor ‘out of their control.’  In fact, they are probably in more control than most other brands. Shimano has monopolistic powers, globally. They know it. They are taking financial advantage of it …

“But we individual LBS owners … must make a reasonable profit for our work.  This is a monetary reality, not an abstract philosophy.  If we don’t profit for a sustained period, we disappear.  As that happens, fewer people do indeed ride bicycles, meaning fewer people using Shimano products in the future and, I believe, many fewer people than had the American marketplace been insulated by Shimano from foreign retail interference.”

From Northern California, “Shimano wants to maximize profits. Selling to the U.S. through Europe just doesn’t seem the best way to do that. I have a hard time believing that a strong U.S. division isn’t in their best interest. Or that they can’t recognize that IBDs generate the growth in the U.S. market.”

And finally, from New York: “We must be heard. No yelling, no screaming just our story. My story is that for Shimano, the pricing from Europe is untenable and unsustainable for the IBD. I will put forth this message to any Shimano representative any time I can. I will not be silent. I hope all of you can commit to being a squeaky wheel. The thing I hate the most is ‘You are the first to bring that to my attention,” or ‘No other dealer has complained.’”

3 thoughts on “The “S”-Word: Dealers Speak Out”